Â« The A-POC space in Paris was conceived of as a support: to carry the clothes and accessories of a collection that changes and evolves every six months. The very open principle allows the space to have a different image over the course of time.
The framework is a CorianÂ® structure that runs along the walls and the ceiling. It is composed of three horizontal bars, a traditional one at the height of a clothes rail, one higher and one lower. The ceiling is criss-crossed with bars that primaril
>>
y serve to carry the clothes on hangers. The heads of the hangers are hidden at the back of the bar. Then, a series of accessories, which are also placed on the framework, allows you to arrange other elements in a different way: big vertical metal plaques act as boards to which the clothes have been attached with magnets; horizontal plates hold clothes laid out flat, and also shoes or bags. Finally a play of little coloured plaques enables a form of punctuatation for the whole arrangement, allowing a distinction between the different ranges.
The curtains of the changing rooms are made up of a set of upholstered strips. They make the space of the changing rooms gentler, almost sound-proofed. â 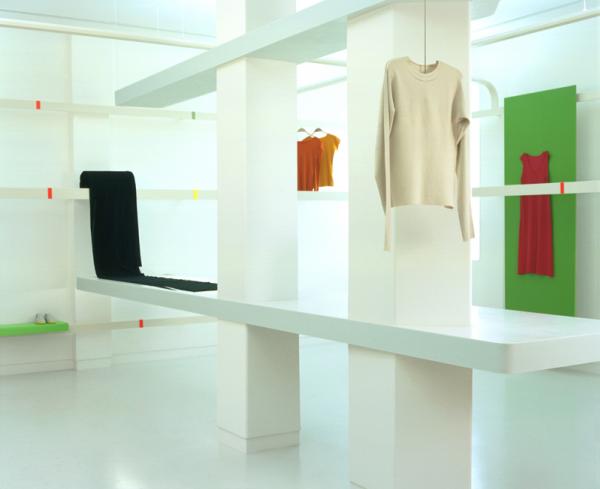 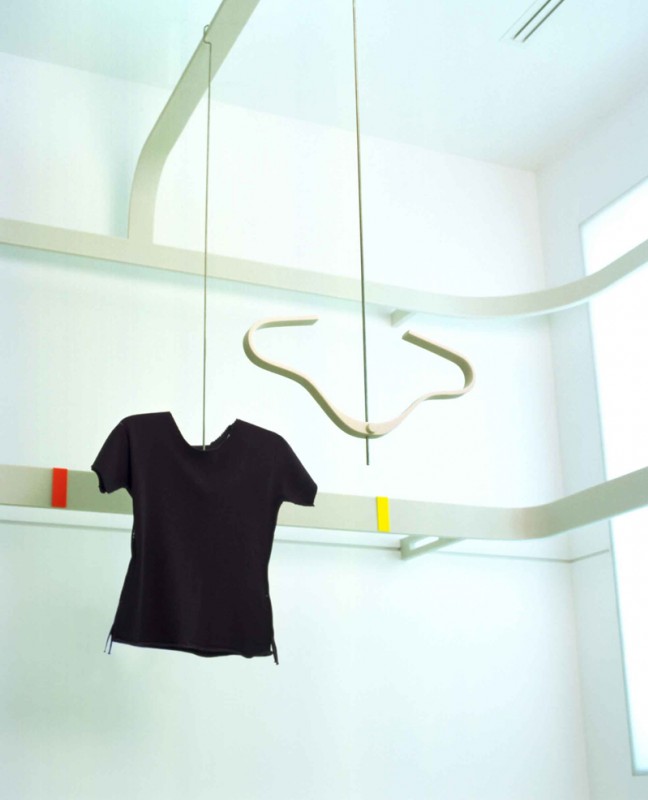 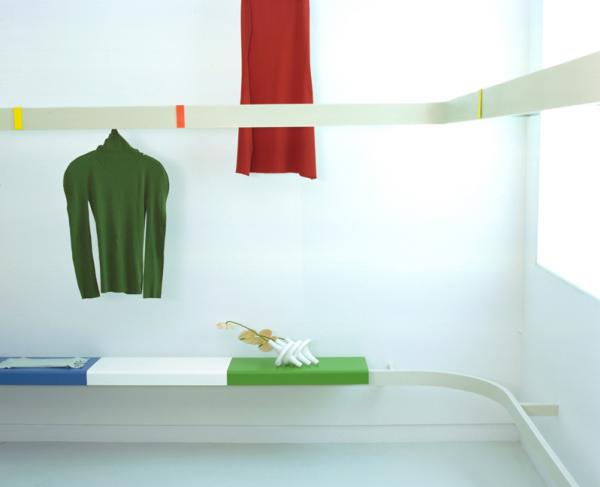 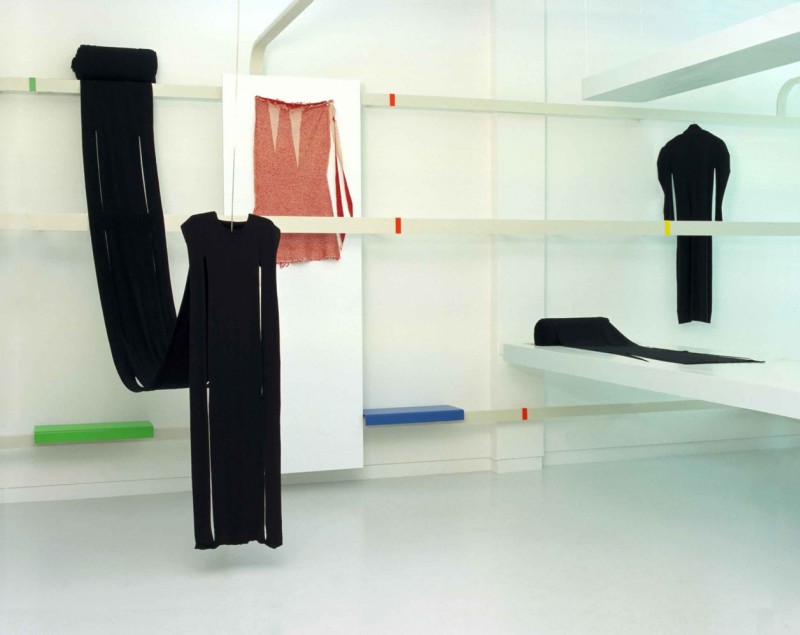 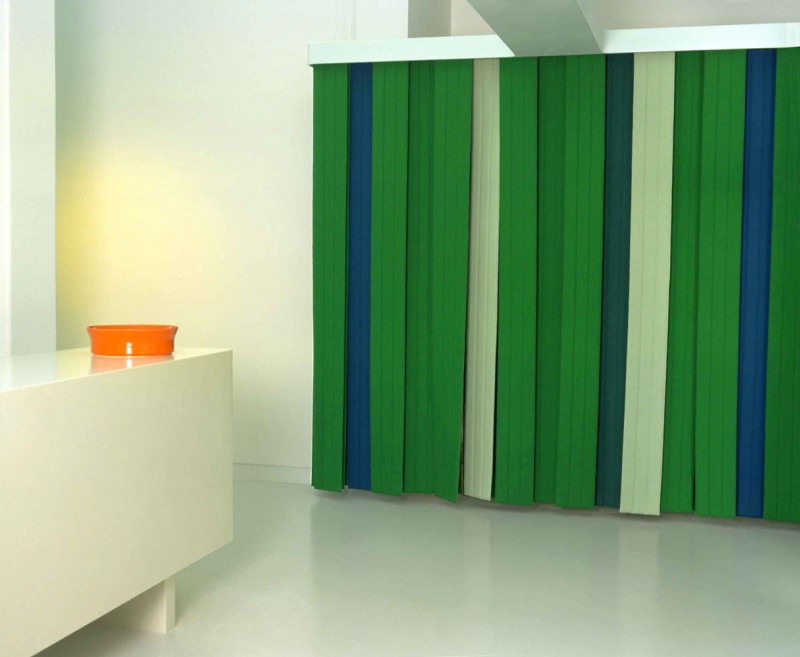 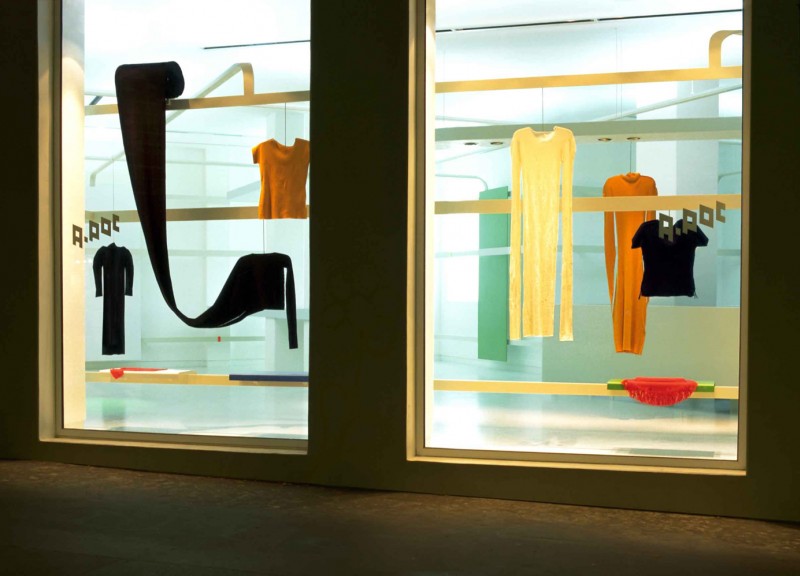