The polystyrene shelves are cut out with a laser. We had originally conceived these elements as the backdrop for an exhibition. Our plan was to avoid having to remake backdrop elements on every site using traditional techniques. Moreover, we wanted to perfect a sort of brick that was easy to assemble, capable of being adapted to different configurations, and above all that was of a standard quality.
This turns the laser principle into something like a big printer. The file leaves our studio
>>
, the manufacturer performs the cut-out process and then delivers the pieces. Polystyrene-cutting is a technology that you can find anywhere in the world, meaning were able to produce pieces near the sites where our exhibitions are being held. 

Extracts from the book  Ronan and Erwan Bouroullec released by Phaidon in 2003. 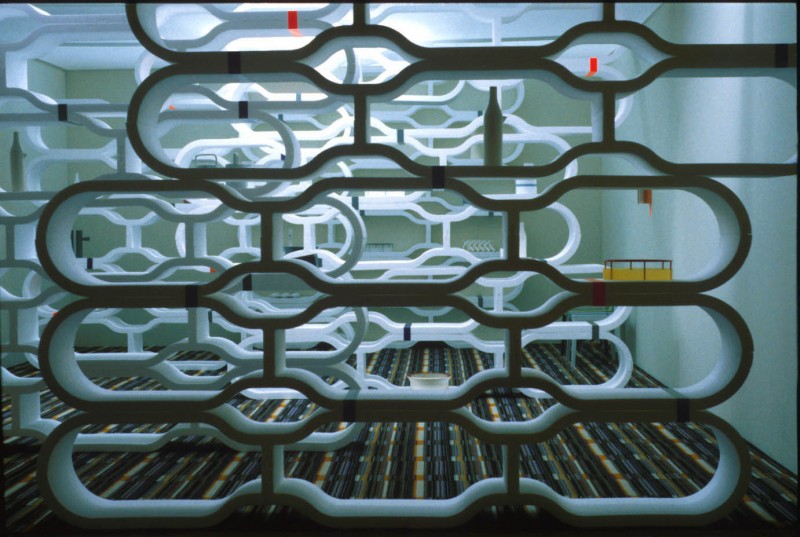 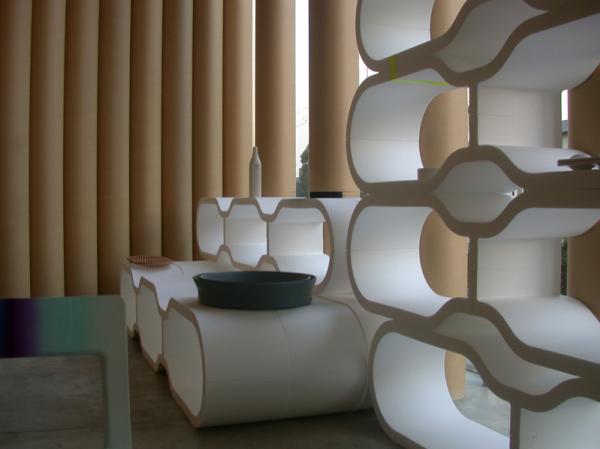 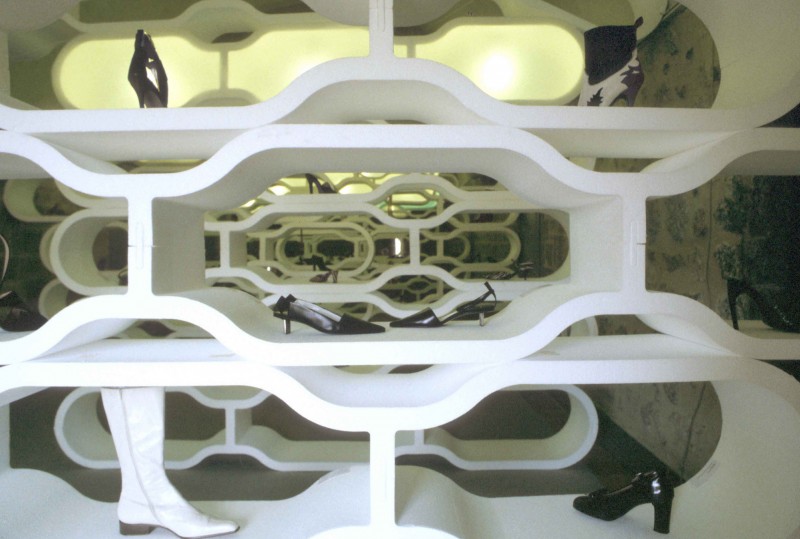