âThe Â« Polystyrene House Â» is built up of polystyrene strips, two facades made of wood and glass (including the door and windows), and a wooden floor placed on the polystyrene. Each polystyrene strip is taken from a series of eight interlocking pieces that are cut out according to a numbered sequence, then assembled and slipped over supporting tubes. The surface of the house depends on the number of strips you decide to install. When the strips are assembled, the house is practically finishe
>>
d: it presents itself in the form of a tunnel. Then you put a wooden floor down on the polystyrene and close the tunnel at each end with the two wood and glass facades, including the door and windows.
The technical casing for the water and electricity are contained within the wooden floor. â


Extracts from the book â Ronan and Erwan Bouroullecâ released by Phaidon in 2003. 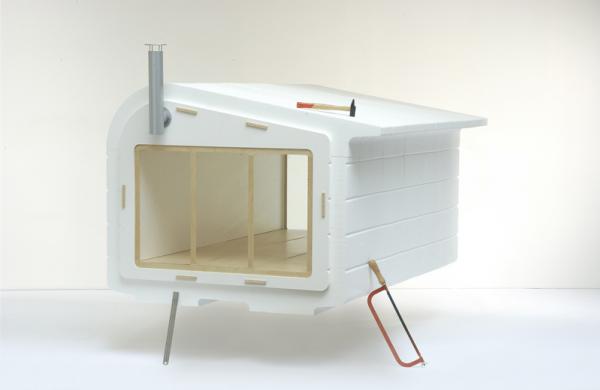 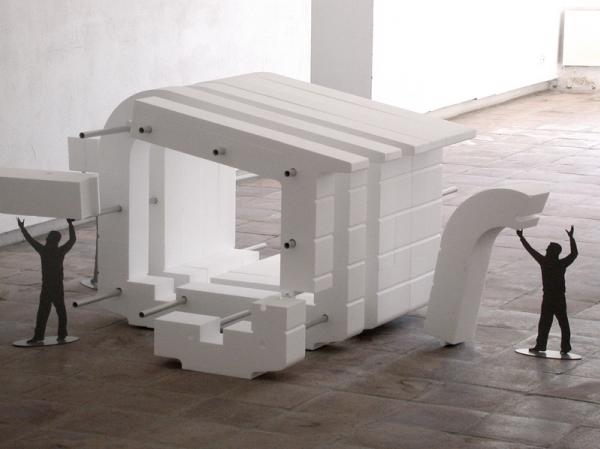 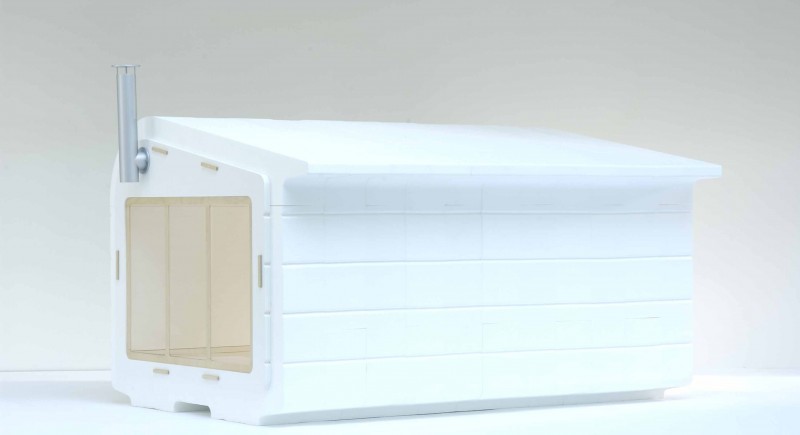 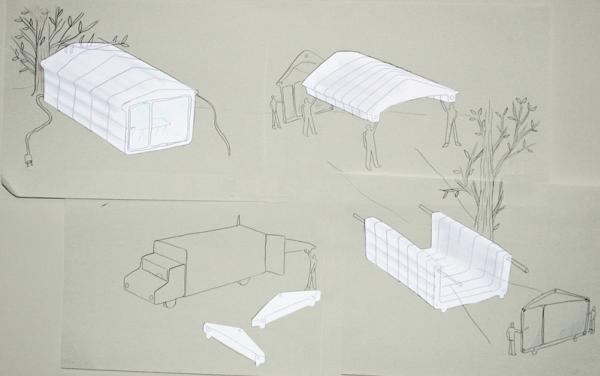