Our exhibition Rêveries Urbaines is on show until January at the Fire
Station on the Vitra Campus.

Rêveries Urbaines is an exhibition created for and presented by Champs
Libres, a cultural facility of the metropolis Rennes, from 25 March to 28
August 2016.

Rêveries Urbaines is a wide-ranging study of possible development
solution for cities, a repertoire of new forms imaginable in very
different urban situations. Much like a large, open sketchbook, the
solutions are presented as a meander through models and films. The
immersive staging of this exhibition aims to transport the visitor into
different scenarios; each model is like a separate act of an urban play.

A significant number of ideas were produced over the course of a year.
From thi
>>
s intense research, fourteen proposals were selected and turned
into detailed study models. These spontaneously developed projects
highlight the need to bring natural forms back into the city: plants,
animals, water and fire. The concept behind the majority of these ideas
is rooted in the way nature interacts with the city.

The scenarios take into consideration urban functions and suggest a new
direction in the relationship between buildings, the quality of a
pavement, the positioning of a fountain, the planting of a jungle: all
these human considerations that would make the city a place of
enchantment. 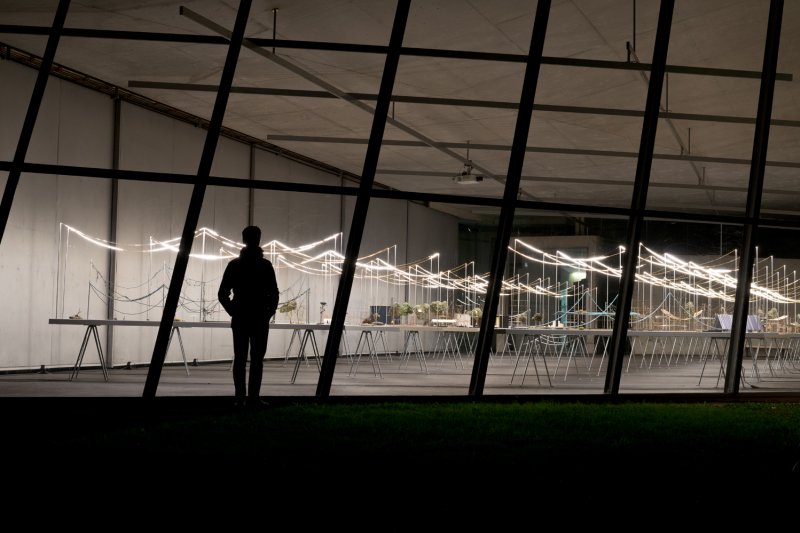 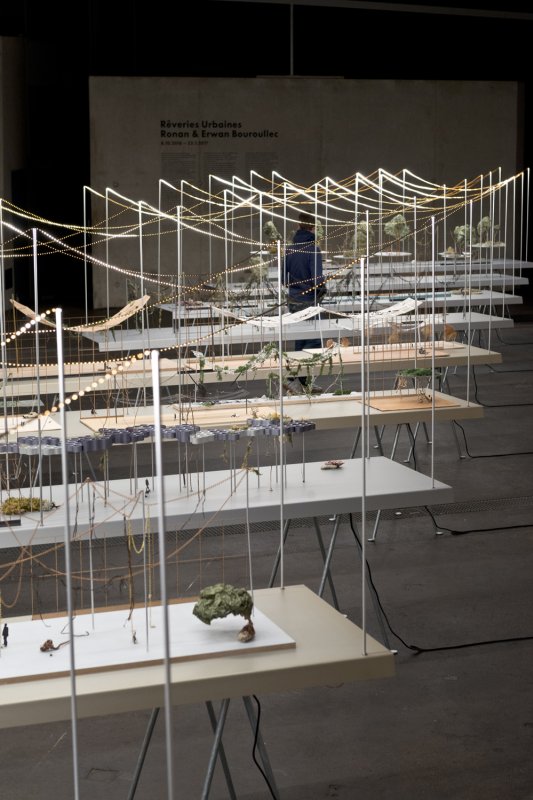 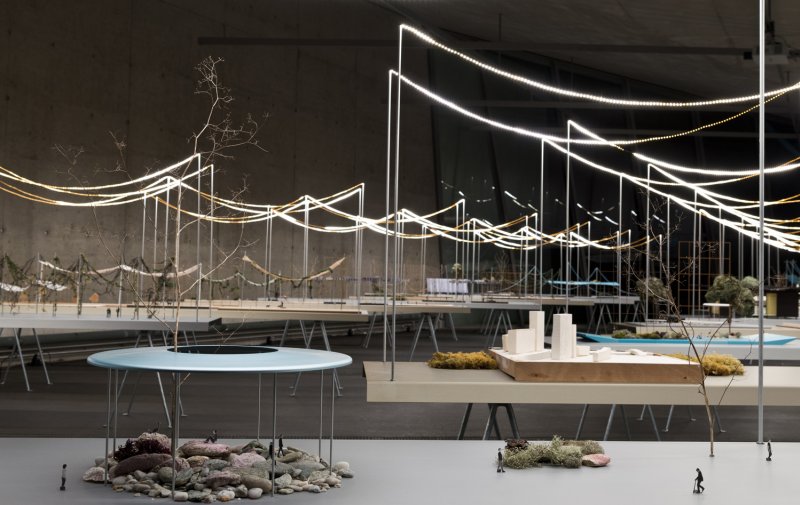 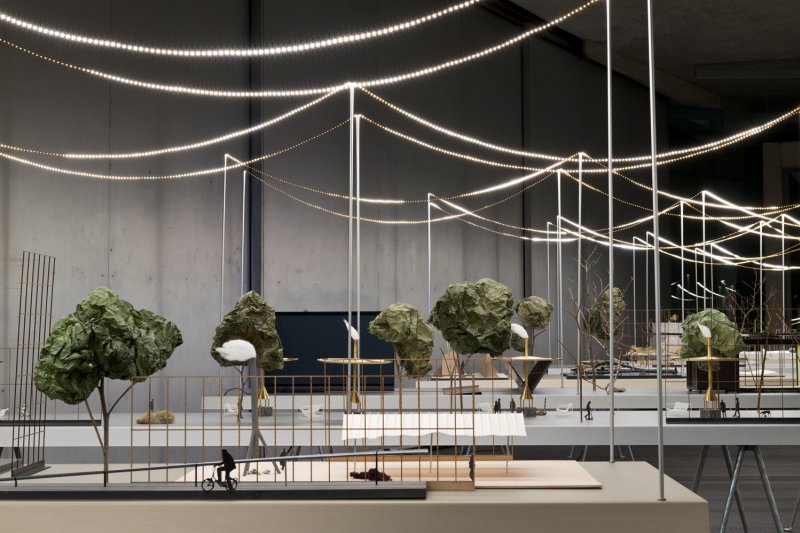 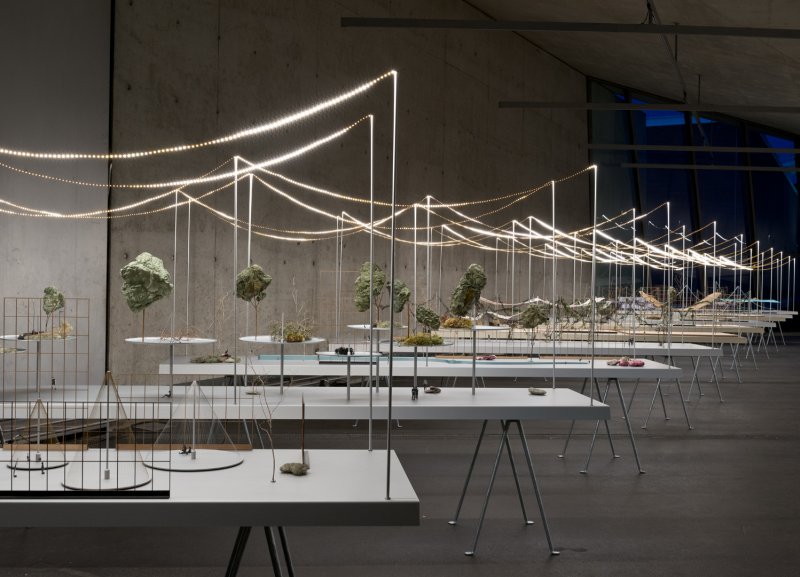 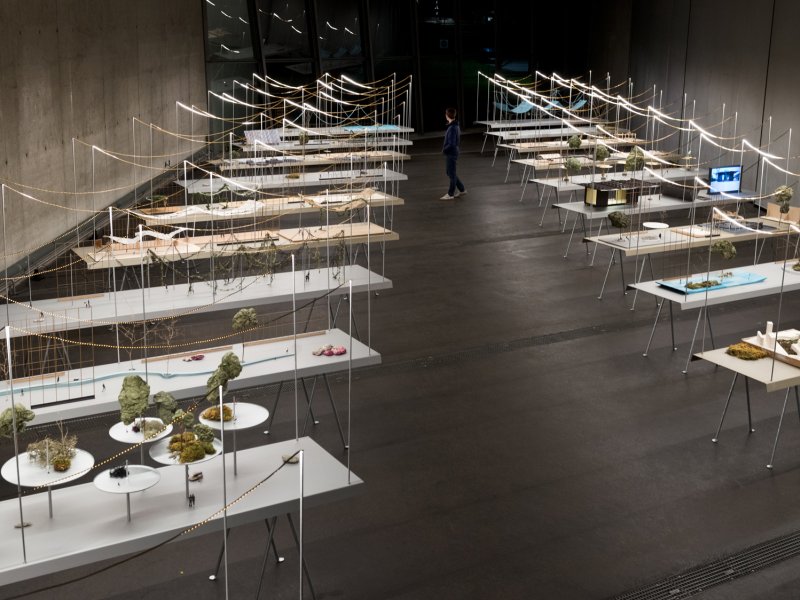 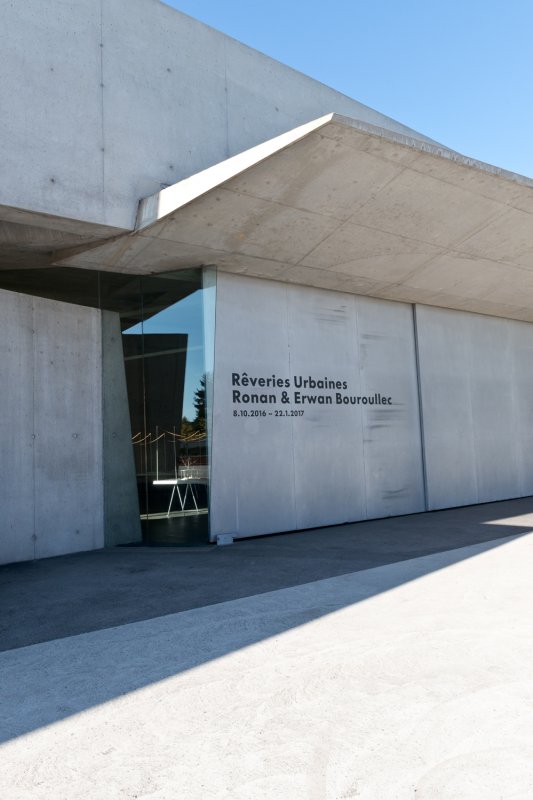